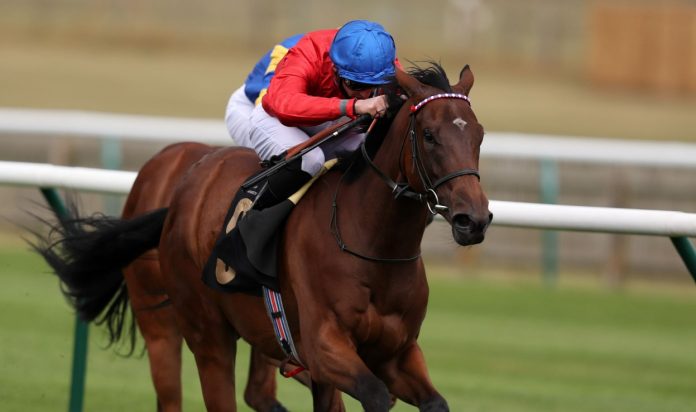 Cheveley Park Stud enjoyed a 1-2 in the Group Three Princess Elizabeth Stakes (Sponsored by Cazoo), although it with Bashkirova (2-1 Favourite) coming home a length and a quarter to the good over Potapova (11-2) in the extended mile contest for fillies and mares.

William Haggas, the successful trainer, said: “We knew at the start of the year that we had a strong team of four-year-olds, and they are doing very well. The Duke Of Cambridge is only ten days away for this filly, and I think the ground is important to her as she likes a bit of cut in the ground. We’ll see how she comes out of this, but I wouldn’t rule it out.

“She tries hard. She’s four years old, but if you look after them when they are young they have to earn a bit when they are mature, and she’s mature now. I don’t really know what her trip is. I ran over a mile and a quarter at Doncaster last year but it was the end of the season. I think she’ll get a bit further, but it’s finding the right race.

“Tom is an excellent rider. He’s very fit, very strong, and very personable, and at the moment he’s very confident. I’ve been saying for ages that I can’t understand why he doesn’t have six rides at every meeting, but he’s riding these good horses really well and hsi ride on Alenquer in the Tatts Gold Cup last weekend was sensational. He was never going to win until he’d won. He’s as good as anyone.”

Chris Richardson, managing director of Cheveley Park Stud, said “I’m thrilled. It’s a race we’ve been lucky in, having won it twice with Echelon, and more recently with Clinical, and it was nice to have two fillies good enough to run this year. There wasn’t much between the two of them. I suppose it’s Royal Ascot here we come.”

Winning rider Tom Marquand said: “It was just a case of pushing buttons really to be honest. We raced off the rails so I was able to get on the sensible ground and it’s a game performance. She’s a filly that’s doing really well, she’s strengthening and really coming to.”

On the way the track is riding today, Marquand added: “To be honest I think people will go where they can in The Derby where there’s a bit of room but certainly the way it walked was where I wanted to be.

“Having drawn two I didn’t know whether I’d be able to get there or not. Because they raced up the middle from the bottom of the straight it made it easy to, so I don’t think the bias is that strong. There might be a small one, I know where I want to be anyway – whether I can get there is another matter.”

Sir Michael Stoute, who saddled the second Potapova, said: “She ran probably her best race to date and that is encouraging. She is just proving to be a bit tricky at the stalls but we are working on that.

“However she clearly has ability and stayed on well there. She will go a little further in time.”

Tom Ward, trainer of third-placed Roman Mist, said: “She probably found that extended mile a little bit too far, but I’m totally delighted with her. She puts 110% into every run; she’s yet to finish out of the first four in her last 17 starts.

“It’s amazing to finish third in a Group Three on a big day like today, and hopefully there will be many more to come. She’s so straightforward, she tries so hard – it makes my life very easy. She’s an amazing filly – she’s not overly big but she puts it up against the big dogs, and she’s been fantastic.”