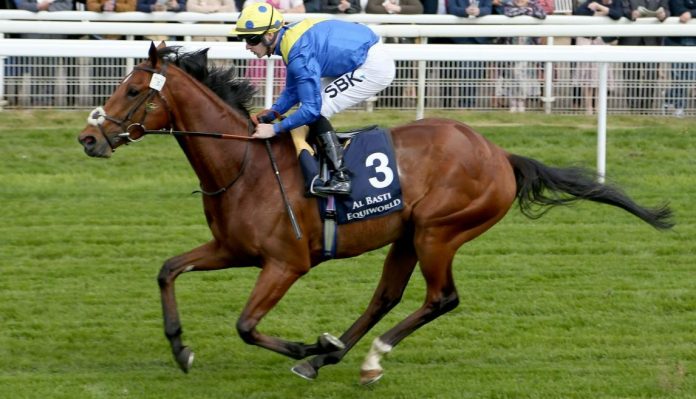 Desert Crown handed trainer Sir Michael Stoute a sixth Cazoo Derby success when successful in the 243rd running of the world’s famous Flat race at Epsom Downs today, winning by two and a half lengths from Hoo Ya Mal (150-1). Westover (25-1) was a further head behind in third.

Born in Barbados on 22nd October 1945, the 76 year old becomes the oldest known trainer to win The Derby, surpassing 75 year old Mat Dawson who saddled Sir Visto to victory in 1895.

In 2022 the Cazoo Derby was run in memory of jockey Lester Piggott, who won the premier Classic a record nine times and passed away peacefully aged 86 on May 29th.

Based at Freemason Lodge in Newmarket, Stoute also trains horses for The Queen.

It was a first Derby victory for jockey Richard Kingscote. The 35 year old was having his second Derby ride. He finished 11th on Knight To Behold in 2018 on his only previous Derby ride.

It was a second Derby win for owner Saeed Suhail, who previously saw his colours carried to victory by Kris Kin in 2003.

It is a first Derby victory for Desert Crown’s sire, Nathaniel. Desert Crown was bred by Strawberry Fields Stud, based at Teversham near Newmarket. He was sold for 280,000 Guineas as a yearling at Tattersalls in October 2020.

Returned the 5-2 market leader, Desert Crown becomes the 18th favourite to succeed since 1970 and the first since Golden Horn in 2015.

Racing from stall 12, Desert Crown becomes just the third horse to win from that berth since starting stalls were introduced in 1967. Desert Crown was making just his third appearance today. He won a maiden over an extended mile at Nottingham in November and the Group Two Dante Stakes at York last month on his two previous starts.