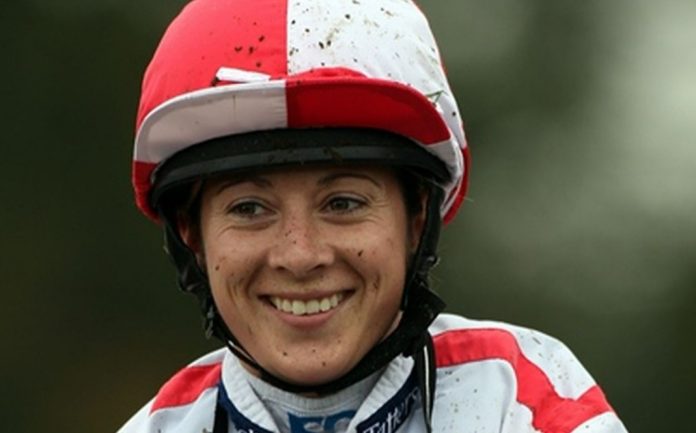 The partnership of owners Mick and Janice Mariscotti and trainer Andrew Balding, who team up later in the afternoon with Masekela in the Cazoo Derby, began Derby Day perfectly when Swilcan Bridge (7-1) landed the opening Cazoo Handicap (1m 2f 17y).

Racing prominently throughout, the three year old Helmet colt stayed on gamely in the closing stages to hold off the late challenge of the fast-finishing Grenoble (25-1) by a head under Hayley Turner, who said when riding on Derby Day “you can hear the disco and smell the barbeques”.

Winning joint-owner Mick Mariscotti said: “We’ve won this race before, and I’m an Epsom boy, so it’s great to win the first race on Derby day.”

Janice Mariscotti added: “It’s been fabulous and it’s lovely to have all the Kingsclere staff here and Claire, who did the pre-training. Fabulous.

“You’ve got these guys who ride out every day, you’ve got Claire Bonner who does the pre-training, and then you’ve got Andrew who puts the plan together. Perfect.”

Winning trainer Andrew Balding said: “Hayley did a great job on him, because it was all a little bit confusing with the loose horse [Blue Trail]. She had him in the perfect position and got him rolling early enough, which I think was the difference between winning and losing. I was thrilled with the ride and thrilled with the horse.

“He handled the course well. He had a run here earlier in the year and had run very well at Goodwood last time out. He crept into the Royal Hunt Cup, actually, today, but when you’ve got the opportunity to run for this sort of prize-money, if he’s going to take a 10lb hike it doesn’t matter. You’re just thrilled to have a winner on Derby Day.”

Asked if there was more improvement to come from Swilcan Bridge, Balding replied: “Very much so. His only physical development has really only come over the past two months. He’s a joy to train and could keep on improving.”

Hayley Turner, the winning jockey, said: “I hope William (Buick, rider of Blue Trail, who was unseated just prior to his mount leaving the stalls) is OK first and foremost but it was very easy for me. He handled the track very well.

“The ground isn’t as soft as I thought it would be as they’ve opened up a fresh strip on that far rail. The loose horse was a bit of a question but thankfully he didn’t get in my way but you have to be quite on the ball when they haven’t got a rider on but he dug deep.

“He was a bit green in front at Goodwood last time and the horse that challenged him came late and wide so he didn’t get a chance to get in a battle. I could see how he could have possibly won last time but it was just one of those circumstances that happen in racing.

“This race is often won with light weights and I won the race last year with Tom Dascombe’s horse (Solent Gateway) who carried 8st 5lbs.

“It is just amazing (winning on Derby Day). It was amazing the noise cantering down. Until you get to the top of the hill you can hear the disco and smell the barbeques and see the dance tent. It is madness.”

Tom Marquand, rider of runner-up Grenoble, said: “I got a beautiful run through the middle of them, having been dropped out nearly last, but I just had to pull him up the camber in the last few strides to get him on the outside of the loose horse. I was a bit hard done by, but hopefully he’ll come on from today.”

No joy but Rachael enjoyed her trip to Perth!