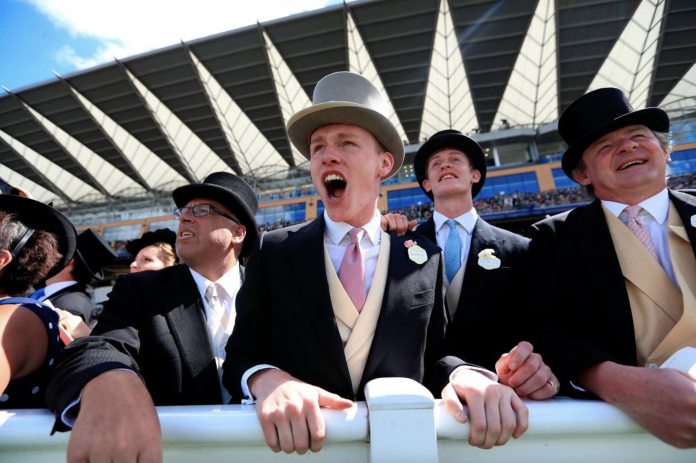 Australia’s two leading sprinters, Nature Strip and Home Affairs, had their first experience of Ascot ahead of next week’s Royal Meeting with a workout at the track this morning, Friday, 10th June.

Nature Strip, the world’s top-rated sprinter, is on course for a mouth-watering clash with American raider Golden Pal in the five-furlong G1 King’s Stand Stakes on Tuesday, while Home Affairs runs over a furlong further in Saturday’s G1 Platinum Jubilee Stakes.

With trainer Chris Waller watching on, the duo worked individually over four furlongs of Ascot’s straight course. They were followed by compatriot Artorius, with Anthony & Sam Freedman’s runner set to join Home Affairs in the G1 Platinum Jubilee Stakes.

With trainer Chris Waller watching on, the duo worked individually over four furlongs of Ascot’s straight course. They were followed by compatriot Artorius, with Anthony & Sam Freedman’s runner set to join Home Affairs in the G1 Platinum Jubilee Stakes.

Waller said afterwards: “Firstly, for myself, it is a great privilege to be here. I was hesitant to as how things would work out but I was pleased to see both of them breeze up the straight in good form.

“Nature Strip and Home Affairs are pretty chilled out characters. Home Affairs is a colt whereas Nature Strip is the older gentleman guiding the way. It was great to get them here and they both loved it.

“They had a perfect trip over. I think it was about 40 hours door to door with two stopovers, one in Singapore and one in Dubai. Collectively, they drunk 120 litres of water on the flight, and I think that is the key to anyone’s travels, making sure they are well-hydrated. Nature Strip put on a bit of weight on the flight whereas Home Affairs lost a couple of kilos but they are back at their normal weights now. They are both about 575kg, so they are big boys.

“This morning was their first piece of fast work since they landed 10 days ago. They have been doing steady canters until now. We are five days out from Nature Strip’s run and eight from Home Affairs’, so it was good timing. The main purpose of the exercise was to stimulate them without doing too much, just to help switch them on.

“Everything has gone to plan thus far and they have not put a foot wrong, but we don’t want to get too far ahead of ourselves. They are horses and we need to respect that. They have been staying with Charlie Hills and his facility is just amazing. They have vast open spaces [in Lambourn] and the horses come first. It has been a great insight for me into how the English trainers do things.

“I have been very happy with both horses’ preparations since we started back in March. They had a little bit of downtime after their last race before gradually building them up, which isn’t easy when you are coming into the Australian winter. Their coats turn and you have to make sure they have done enough work without doing too much. They had three trials in Australia, so lots of simulation without too much work, and then the piece this morning clears their lungs and makes sure their blood levels stay reasonably high. Home Affairs will do one more piece next week, with him running later in the week.

“Golden Pal is very good and very quick. I am only really focusing on our horses while also respecting the fact that it is going to be a full field. I am sure the English, French and Irish will have a few hidden cards as well. Royal Ascot is something unique and it will all be about which horse copes with the occasion and the pressure of the race. I doubt Golden Pal will have been under the pressure he is about to be under, with the same applying to our horses as well. These races make champions and talking points – and let’s hope all three Aussie horses run well.

“What Nature Strip and Home Affairs have to their advantage is that they are both good straight track horses. They only need to replicate their Australian form to be capable of fighting out the finish with the best in the world. That is what we are concentrating on. If there are horses who want to go quick, then we will let them and run our own race because that is what works.

“I walked the straight course here earlier in the week with my team and it had us blowing. This is a tough 1000m [5f] and it probably rides more like a 1200m [6f] race in Australia. Nature Strip is equally as effective over 1000m to 1200m and, given the King’s Stand will ride more like a 1200m race, we are in our comfort zone with him.

“I feel with Home Affairs, after his dominant win the Coolmore Stud Stakes, that he is very good over 1200m provided he settles, and we have done a lot of work with him on that. I loved his jump out at Flemington before getting on the plane – he relaxed very quickly which is what he will have to do to win.

“Nature Strip has really matured into a foolproof horse. Earlier in his career, he used to be a bit hit and miss because he would charge and race very fiercely. Now he is more relaxed and tractable. As it has worked out with him missing the last couple of Royal Ascot meetings due to Covid, we are now bringing a horse who is winning more often than not. I do not see his age as an issue at all. I don’t see him as a rising eight-year-old, I just see him as a mature racehorse.”

The trainer reflected: “I learnt that it would be achievable to win a race here one day. Brazen Beau was a good Australian sprinter, a young horse with a similar profile to Home Affairs. You have to have a horse with a good temperament and one who can cope with good tracks or perhaps a bit of rain on the day as well. We almost got it right with Brazen Beau and we will try to get it right this time.”