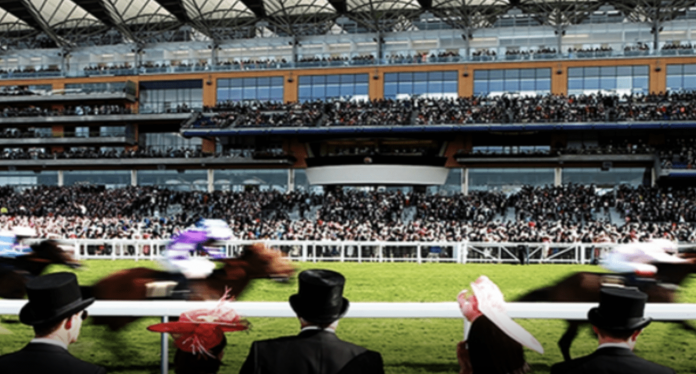 Bay Bridge appeared to have outstanding claims for the G1 Prince Of Wales’s Stakes but supporters of the Sir Michael Stoute-trained favourite were undone by a masterful front-running ride from Shane Crosse aboard State Of Rest.

It was a fitting victory for State Of Rest, who provided trainer Joseph O’Brien with his first Royal Ascot victory as a trainer, a decade after he won the 10-furlong highlight as a jockey on So You Think.

Crosse, riding his first Royal Ascot winner, was allowed to dictate the five-runner showpiece and that proved fatal for his opponents because there was still plenty in State Of Rest’s tank when the four-year-old kicked for home passing the two-furlong pole.

Bay Bridge, sent off the 10/11 favourite after a brilliant reappearance win in the G3 Brigadier Gerard Stakes, loomed up approaching the final furlong but Ryan Moore’s mount couldn’t land a telling blow in the closing stages and there was a length separating the pair at the line.

Japanese raider Shahryar sat on the heels of the leader, but his challenge petered out in the straight and he was passed for third by Grand Glory in the closing strides.

Joseph O’Brien, who rode six Royal Ascot winners as a jockey, said: “It was a brilliant ride from Shane. State Of Rest is a very tough horse. We had a good chat with Shane and decided to make the running. It could not have worked out better. He got the fractions perfect.

“It’s very special. It’s been a long time coming [first Royal Ascot win as a trainer]. We’ve had a lot of horses run well here. It’s special to get a winner here and not only a winner, but to win a race like the Prince Of Wales’s Stakes is hugely special. We have a great team of owners and a special horse.

“He has proven himself to be a high-class horse. He is very versatile and I take some of the blame myself for not using him enough last time, but it was a great run. We knew coming here today that we had a live chance of winning the race and I’m just pleased that the horse has proved himself.

“Shane gave him a marvellous ride and has only ridden a handful of races here. He grabbed the race by the scruff of the neck. It is a huge day and I am very proud of everyone. We have a huge team at home and I’m so proud of them.

“It’s very special. This is what it is all about. We love the game, we are born and bred into the game. It is all we know. To have a big winner here is what we do it for.”

Paul Cashman of Rathbarry Stud, which part owns the winner, said: “It is a dream come true. Things did not go to plan in the Tattersalls Gold Cup – the ground was not on our side that day.

“Fair dues to Shane, he was brilliant today, absolutely brilliant. It was Joseph’s plan to go forward. He knew from furlong to furlong what he wanted and that is how it panned out. It doesn’t always work like that but they had the confidence and the horse to do that.

“When the horse won the Cox Plate last year, we just said look this is a horse who could be real international horse [to invest in]. He’d won the Saratoga Derby and then the Cox Plate, one of the most prestigious races in Australia.

“He had the ability to travel and Joseph said he was unlucky in the spring of his three-year-old career. He pulled a muscle in the spring and did not have a Guineas campaign, so was a second half of the season horse. So for me he’d been under the radar for a race like this. I thought he should have been half the price he was.

“Joseph had such belief in the horse. It is all to do with Joseph and his first Royal Ascot winner of many!

“There are a lot of Australians here, a big team of 16 are here, and Teo Ah Khing [China Horse Club] is involved from the southern hemisphere side.”

Shane Crosse said: “The plan beforehand speaking to Joseph was to uncomplicate things from our draw [1] in a small field.

“Fair play to State Of Rest. In the space of the last 12 months, this horse has done a lot. He has done it all and I am just over the moon.

“It is a dream. To get here and participate is a huge thing. To ride a horse like this in top-class races is a dream. You cannot describe it.”

Sir Michael Stoute said of Bay Bridge: “The race didn’t pan out brilliantly for him, but he ran a very big race and we’re absolutely delighted. We haven’t run him on fast ground before, but that didn’t inconvenience him; there was no problem there. Whether we stick at 10 furlongs or go to 12 furlongs, no decision will be taken for a little while.” Shahryar’s rider Cristian Demuro said: “When I asked to go, he didn’t have the same acceleration as last time.”

The York Placepot and an Aintree tissue guide.

No Haydock but we’ve got the rest covered!