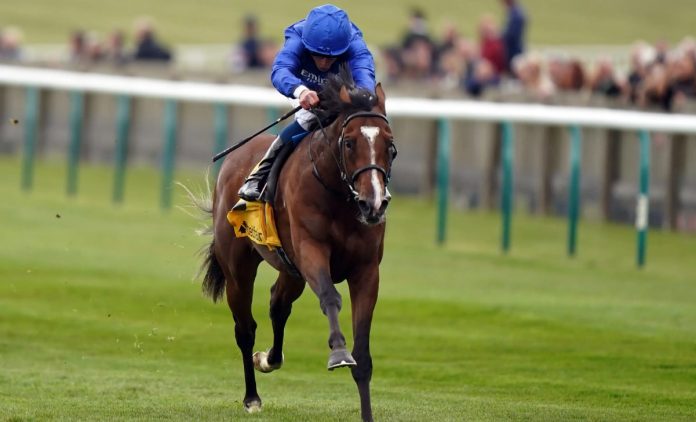 I will have a selection per race, but at the end of each day’s racing you will see my tip or tips for the day – expecting anyone to find the winner of every race is too much I am sorry to say – but I will still claim every (any) winner, whether I tip them or not!

The pre-amble can remain on the page at the top (as it is now) – I will simply change the days and the selections as below.

An intriguing six-furlong Group three restricted to fillies starts our day here, and as we are talking two-year-olds, we are also talking horses with room for further improvement. Roger Varian is the only trainer to win this more than once in the last 10 years, showing us that all things are possible and with 16/1 winner last season I rest my case. I would never question the abilities of the amazing Aidan O’Brien, but I would say his horses can be overbet and I wonder if Meditate may be a good example. She has won both her starts to date, the latest in Group Three company, and if I was setting the odds I would have her at the head of the market too, but that won’t stop me looking for better value. Fully Wet was sorely tempting and can only improve for her debut, but Mawj looks the netter option. Sent off at 12/1 on her debut in a Newmarket maiden won by 1000 Guineas heroine Cachet last year, and the winner of this race (Daahyeh) in 2019, the daughter of Exceed And Excel quickened clear to win by an easy five-lengths despite looking as if she would improve for the run, and with the runner-up winning since, she could prove hard to beat.

Six furlongs again here but this time a Group One with the Commonwealth Cup and what looks like a brilliant field of International challengers mixing it with the best of our own, of course. We haven’t had a winning favourite since Caravaggio back in 2017, and this year I note Cadamosto, also trained by Aidan O’Brien and to be ridden by Ryan Moore, is a 50/1 chance despite the application of first-time blinkers. He may well outrun his price, but the two that interest me most are both trainer overseas, starting with Slipstream, and American raider trained by Christophe Clement. He can go well at a big price but the one I really like is the Michael O’Callaghan trained Twilight Jet. They have always thought a lot of him at home and he hasn’t let his supporters down with a couple of wins last season, but he has always looked set to be even better as a three-year-old. Everyone knew he would improve for the race on his return at Naas, but they forgot to tell the horse who made the running at odds of 9/2 to come home three lengths clear of the field. He has apparently improved plenty since that start and if that is the case, he should prove hard to keep out of the frame.

Four-year-olds hold sway in this mile and a half contest with three of the last four winners and seven of the last 10, and only one winner aged older than five in the last 25 runnings helps us get rid of five horses from our calculations. Sadly, that’s where the past stops influencing the future so decisions need to be made, and I have come down on the side of Brilliant Light who may continue an already amazing week for Saeed bin Suroor and jockey Danny Tudhope. A winner at Ripon over shorter on his first start since getting back from Dubai, and I don’t know if they have changed the feed at the yard or something, but the stable horses are running so much better lately. The other one I considered was Mashhoor who was a ridiculously easy winner last time out at The Curragh, but has to race off 12lb higher now which looks a bit too much to handle.

The Coronation Stakes over the mile for three-year-old fillies is one of my favourite races even if I can struggle to find the winner, and this year looks no exception with an intriguing battle in prospect, with 1000 Guineas heroine Cachet in action against Inspiral, last season’s best juvenile filly but returning to action here after over eight months off. She may or may not be a superstar, but we have zero evidence that she has trained on at three, and at the current prices I prefer the chances of French 1000 Guineas Mangoustine, who got the better of Cachet by a head at Longchamp, holding off all challengers once she got to the front. She has never raced on ground as fast as this but as a daughter of Dark Angel, she should handle it or even improve for it, which makes her interesting. So far, the American raiders have been bitterly disappointing, but Spendarella is another to consider though she will need to find more to mount a challenge at this level.

I have never worked out why the Coronation Stakes (one mile, three-year-old fillies, Group One) is followed straight after by the Sandringham Stakes (one mile, three-year-old fillies, Group Three), but what do I know – perhaps variety is not the spice of life after all? Trainer Charlie Fellowes has won two of the last three runnings of this so he knows exactly the sort needed, making Fresh Hope one to take seriously this season under Hayley Turner. In all honesty, this is perhaps the hardest race to solve so far this week with numerous recent winners looking to add to past successes in this far more valuable event. Washraa has been brought along at a sensible level by trainer Owen Burrows with wins at Wolverhampton and Nottingham this season, showing signs of inexperience in both races and looking as if she could do better once the penny drops. She gets in here off a mark of just 84 which looks generous enough, and with Andrea Atzeni booked to ride, she could give us a decent run for our money if nothing else.

The Group Two King Edward VII Stakes has always been one of the better staying races and in my view, a Group One in all but name, and this year we have another classy field, if an embarrassingly small one, headed by Derby fifth Changingoftheguard if you believe both the official ratings and the early betting. The easy winner of the Chester Vase in May, he will prove hard to beat, and he ought to prove too strong for the likes of Ottoman Fleet, second favourite here but needing to find plenty to bother the likely jolly, though it does look as if one of the two will bring home the bacon today.

A cavalry charge to end the day over the five furlongs here and a handicap to boot, just to muddy the waters. The two runnings so far send mixed signals with the 6/4 favourite winning for Tim Easterby in 2020 – and a 10/1 chance winning for Karl Burke last year. Both were drawn high for what that is worth (nothing probably), and  this year looks just as tricky to solve. Ruthin is another Wesley Ward runner to be ridden by Irad Oritiz Junior but they have had a torrid time so far this week and she failed to get home here over this trip as a two-year-old, which makes her difficult to back. I cannot imagine The Queen is short of a quid or two, yet it still looks to me as if Spring Is Sprung has been laid out for this contest and at bigger than 20/1, he is hard to ignore. A winner at Southwell in January and third at the same track the following month, he has been off since and undergone a gelding operation – and we all know that can bring about plenty of improvement, but better still, as a son of Oasis Dream out of a Kyllachy mare, he ought to be a different proposition on his return to turf. Up-and-coming jockey David Egan rides and at a massive price, I will be backing him each way to small stakes this afternoon.

Spring Is Sprung Each Way

CHARLIE APPLEBY ASSESSES THE CHANCES OF NATIONS PRIDE, WALK OF STARS AND NAHANNI AS HE BIDS FOR THIRD CAZOO DERBY IN FIVE YEARS