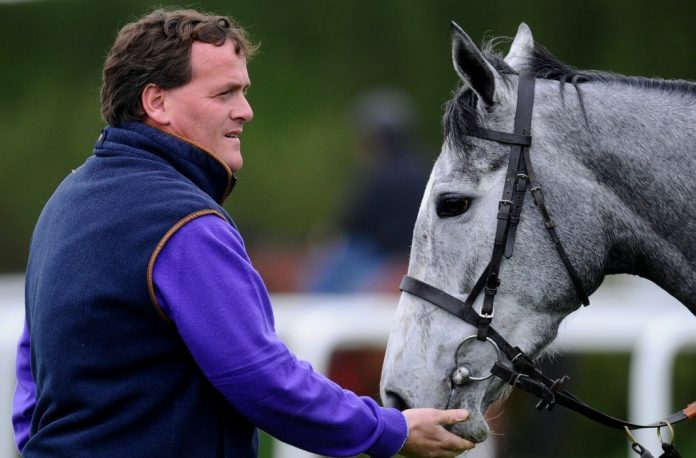 Progressive filly Heredia extended her unbeaten record to four when coming from off the pace to land the Sandringham Handicap, handing jockey Sean Levey his first Royal Ascot success.

The daughter of Dark Angel, sent off the 7/2 favourite, has long been regarded as a potential Group-class filly by trainer Richard Hannon. She picked up smartly when in the clear and, despite veering to her left in the closing stages and interfering with the runner-up, never looked in danger of losing the race.

Zanbaq (11/1) was still at the back of the field approaching the two-marker and picked up well to get within a length of the winner, with Crenelle (5/1) half a length further back in third and Irish raider Cigamia (18/1) in fourth.

Hannon said: “I am delighted – it’s been a long week, and I think we deserve it. We’ve hit the crossbar a few times, and this is the one we really fancied. Heredia is a very good filly and we thought she was our best chance coming here.

“Sean is a great jockey, a good bloke and he’s in every day. Like all of our jockeys, he makes his mind up and he works very hard. It is important these owners see how good they are. If the horse is good enough, they are more than good enough.

“Heredia is a homebred, who was sent to me. Our team have done extremely well. She had two runs last year and we had to wait to come out this year. She has repaid us in spades and is a very good filly.

“She is in the Falmouth. You need a good horse to win a Royal Ascot handicap and that is exactly what she is. For me she has always been a very good filly, who has improved a bit.”

Levey said: “It is absolutely huge for me. That’s my first Royal Ascot winner and I’ve been here a long time now. I needed to go off favourite in a race like this. A lot could have gone wrong, but she is a good filly and has done it well.

“In a race like this, they are definitely harder to win because a lot can go wrong with so many runners, but I wasn’t happy where I was drawn first of all. She’s relatively green, having only run three times.

“We knew she was good, but I definitely had to hold on to her and take the brave man’s route. When you’re on a good one and it works out, it’s always a great feeling.”

Roger Varian said of the runner-up: “Zanbaq ran great, but when you run great and don’t win at this meeting, it is heart-breaking.

“We didn’t get the smoothest of passages, but I don’t think the winner did either. I don’t think we have too many complaints. The winner has come across her, but I think it has all happened a bit late to change the result. “The first four home look very nice fillies. I think the cream has risen in a very competitive race, with the winner, the second, the third and the fourth all carrying a lot of weight. I should think they are all potentially smart Stakes fillies. Our filly is lovely and she can only improve off this.”