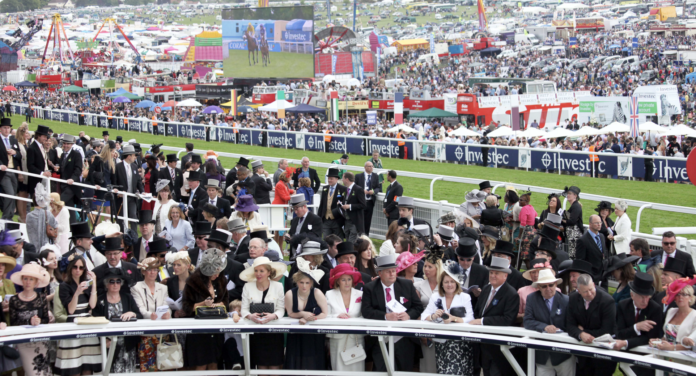 A very busy but exciting week comes to a close and all that have been working on this meeting will be in need of a lay down, a cold drink and good sleep.

I love the Chesham Stakes over seven furlongs with the results being kind to me over the years (famous last words), and I am hoping 2022 will not break the mould and Aidan O’Brien can strike for the third year in a row with the once raced Alfred Munnings, who looked a really classy individual when quickening up nicely to score at Leopardstown in May, winning by close to five-lengths despite looking as if he would learn plenty from the race. Although it is early days for ludicrous predictions, he has classic entries written all over him, and if that is the case he will need to win this before heading to the Autumn Group Ones that invariably decide the name of the top two-year-old each season. As for the rest, the Gosdens are mob-handed and I wonder if One World could go close at a price – another unbeaten runner and with the booking of Colin Keane to ride catching my eye.

Once again the genius race planners follow a seven furlong race with – a seven furlong race, this time for three-year-olds, and won by Creative Force for Charlie Appleby last year. This year he has early favourite Native Truth entered, with William Buick in the saddle, and he impressed with a six-length victory last time out in Listed company at Newmarket over this trip. Gelded since then he will clearly be difficult to beat despite the rise in class, but there are other decent horses worthy of each way consideration. Samburu has done nothing wrong winning three out of three and with cheekpieces added he could show some improvement, but I narrowly prefer Monaadah for the forecast, though all in all I may yet settle for the straight win bet.

There seems to be a lot more stamina than speed looking at the early entries for the mile and a half Hardwicke Stakes, but then what can we expect when the majority of horses these days are bred to be at their best over considerably shorter. Sir Michael Stoute has won five of the last 10 runnings of this Group Two contest and that suggests we can expect a big run from Huxley Stakes winner Solid Stone who tries this trip for the very first time – at the age of six. He has the class if he gets home, but Hurricane Lane is hard to oppose on what could be a good day for team Godolphin. The son of Frankel has won six of his eight starts including the Irish Derby, the Grand Prix de Paris, and the St Leger, and was beaten less than a length in the Arc on his final start. The only question mark is the going, which as things stand will be the fastest he has ever encountered, but on breeding I see no reason why that should stop him assuming he is tuned to the minute for his first start of 2022.

With £1,000,000 in prize money it comes as no shock to see the Platinum Jubilee Stakes attract a high class entry list, and I suspect we are awaiting another Australian winner in the shape of Home Affairs. Prior to Nature Strip romping home there were plenty in the Waller camp who felt the three-year-old was their best chance at the meeting, though the success of his stablemate has seen his price contract to a ludicrous 2/1. He may prove to be unbeatable, but the one that intrigues me is the William Haggas trained Sacred, seventh after weakening in last year’s 1000 Guineas and dropping back to six furlongs for the first time since September 2020. She sems sure to be finishing powerfully in this field and over this trip, and at 8/1 could be the one to give the jolly a race for his money.

As if life wasn’t difficult enough, our next contest is the dreaded Wokingham Stakes, a sprint handicap over the six furlongs and with just the one winning jolly in a decade (Cape Byron in 2019), with two 33/1 chances in the same period. Kevin Ryan is the only trainer to double up in that time, and he has old servant Bielsa entered, already the winner of five races, but none since September 2021. It seems you can win from almost any stall if good enough (though the middle may be a bit of a negative), though a top six finish last time out is a positive with only two of the last 26 not having that on their CV. Only one winner in that time was older than six, none carried more than nine stone ten, and only one was rated higher than 107. 23 Winners came from the top 13 in the betting, and if we apply all those so-called rules we end up with a long shortlist of ten horses. Looking at the remaining horses and I can see why Fresh is the early favourite for James Fanshawe who has had nine runners in this race over the last 25 years, winning with one and placing with two others, but his price is very poor, and I will take a risk on French raider Prince Lancelot, the winner of his last two starts, the latest in Listed class at Chantilly in May. As you will readd elsewhere, all his form is on softer ground – but that is mainly because it is invariably softer in his native France, and on breeding, I feel he could be even better on a faster surface. He travelled well throughout before being produced late last time, and if the same tactics are employed, he could cut them all down late on.

Oh goody, another three-year-old’s handicap, this time over a mile and a quarter and with only the two runnings (neither won by the favourite), the stats are of zero benefit in my hunt for the winner. As mentioned earlier, I expect Godolphin could have a good day, and they have a serious contender here in Falling Shadow who may be very well handicapped. A winner last time out when easily taking his maiden at Newbury, he has been gelded since, and a mark of just 92, I get the feeling the son of Invincible Spirit may have an awful lot more to come. Other than that, I don’t have much of a view on the race, but I’d be surprised if we don’t pick up a place at the very least.

And so our Royal Ascot week comes to an end, and with a two and three-quarter mile contest for four-year-olds and above, we will have plenty of time to lick our wounds – or spend our profits (time will tell). It will come as no surprise to find out that trainers better associated with the winter game do well here, with Willie Mullins winning three of the last 10, Gordon Elliott two, and Alan King one. Both Mark Johnston and Andrew Balding have bucked that trend with two winners each, and to be frank, this is not a race I will be taking any financial interest in. If Trueshan turns up on the day (he needs rain, and plenty of it) then he would be the likeliest winner in this class, but that seems unlikely, and Stratum seems the more sensible suggestion.  He won this last year which is a huge tick with regard to the trip and although Ryan Moore has been retained by connections for favourite Wordsworth, William Buick is an able deputy and after a pipe-opener at The Curragh, he will be spot on for his latest challenge.