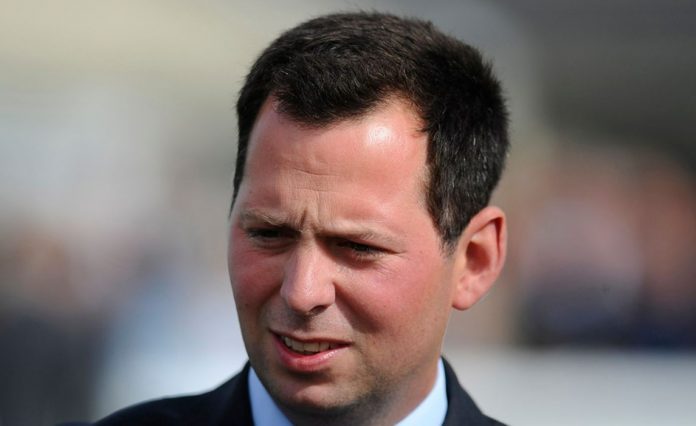 Trainer Charlie Hills admits he is “seriously considering” giving stable stalwart Pogo the chance to try and secure the second Group race victory of his career in the Criterion Stakes back at his beloved Newmarket on Saturday (June 25th).

The talented six year old features among 15 entries received yesterday for the seven furlong Group Three prize, which is the feature contest on the card at the July Course.

Having been campaigned abroad over the winter months, the son of Zebedee made his first start in Britain this year a triumphant one last time out when opening his pattern race account in the Group Three Betfred John of Gaunt Stakes at Haydock Park on May 28th.

Despite Pogo being saddled with a 3lbs penalty for his latest success, Hills believes he could go close to adding to his previous course and distance handicap victory should he take his chance at the weekend with ground conditions set to suit.

Hills said: “We are looking at the Criterion and are seriously considering it. He won the Group Three at Haydock last time out so he does have a Group Three penalty but he really loves Newmarket and he loves fast ground, which it should be on Saturday.

“It was fantastic to see him win a Group race last time as he has had a lot of races and spent a lot of time in handicaps.

“He has had a busy winter so it was great to see him come back and win a Group Three on his return to Britain.

“If he doesn’t make this weekend it is not the be all and end all as there are a lot of races coming up for him.”

While understandably delighted by Pogo’s latest success, Hills admits it did take him by surprise a little bit given his preparation for the race.

He added: “He was very tenacious at Haydock but I had not done that much with him leading up to it.

“I was very conscious of freshening him up from what had been a long winter. Going into the race at Haydock, I only did a couple of bits of work with him. He stayed on gamely though and wasn’t going to lie down which was great.”

Having sent Pogo over to Bahrain, Saudi Arabia and Dubai over the course of the winter, Hills insists he will consider a similar route once the turf season comes to a conclusion in Britain.

He added: “We just wanted to try to chase some money over the winter as there are horses at his level that have accumulated a bit more prize money.

“He ran some really good races in Bahrain and in Saudi Arabia. It was probably a mistake to run him on the dirt in Meydan so we probably wouldn’t do that again.

“Going travelling will certainly be on the agenda again but there are plenty of nice races here to go at first.”

Pogo may now be one of the older members of Hills’ team, however the Lambourn handler claims he still remains just as exuberant at home as he did at the start of his career.

He added: “He is always full of it. He was full of energy as a yearling and he was tricky to break in as a youngster. We always had to give him more work than the other horses as he was always so fresh.  “However, he has been a real fun horse. He has been a star to me and his owners, Gary and Linnet Woodward.”

APPLEBY HAILS PROGRESSIVE SPRINTER RAASEL AS THE BEST HE HAS TRAINED