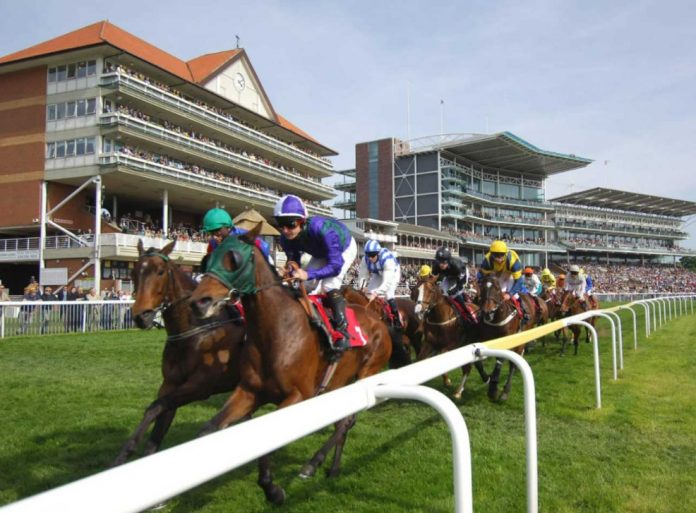 Nick Bradley admitted that he was thrilled that he had resisted the temptation to run a host of his string at Royal Ascot last week, after Oscula (13-8 Favourite) and Honey Sweet (20-1) capped off a fantastic few days for his racing operation by leading home a one-two in the Listed British Stallion Studs EBF Eternal Stakes at Carlisle today.

Bradley, who is the Racing Manager for his racing syndicates, oversaw a 1-3-4 in a Listed contest at Ayr on Saturday and his fortunes continued on an upward curve this afternoon thanks in most part to the George Boughey-trained Oscula, who showed her class by securing a pretty routine-looking two length success under Ben Curtis, who was enjoying a 20.5-1 double on the day.

Oscula was a Group Three winner as a juvenile last term, though she struggled on her first start of the year on the dirt in Saudi Arabia in February. However, she bounced back with a good effort to finish second on her first British start at Epsom Downs earlier this month and Bradley feels that she has earned another shot at Group level on the back of today’s success.

He said: “A month ago there were a few people giving us looks but then we had the first, third and fourth in the Listed race at Ayr on Saturday and the first and second here in another Listed race. I could have run them all at Royal Ascot and I’m glad that I didn’t!

“Oscula was always the best horse in the race on paper and we got it slightly wrong running her at Saudi in February, but we’ve given her plenty of time and George has done a great job with her. She’s won that pretty easily, so I’d imagine that we’d probably head back into a Group Three race next perhaps.

“Honey Sweet has probably run a seasonal best, she was second behind Noble Truth at Newmarket in April but this was a better performance so we’re absolutely delighted.”

Wednesday’s fixture at Carlisle was an excellent one, offering a total of £169,000 in prize money across the seven race card, and the benefactors included the Hugo Palmer-trained Commonsensical (13-2), who was a cosy winner of the Atkinson Building Contractors Cumberland Plate Handicap, providing Ben Curtis with the first leg of his double.

The four year old has made a good start to his campaign this term, coming here on the back of a victory and a second placed finish and the winning trainer feels that there could well be more to come yet from the son of Bated Breath.

Palmer said: “I’m actually driving at the moment but I had the action expertly commentated to me on the television, so I do know what happened! He’s a funny horse because the jockey has to ask for every answer from him, they really earn their riding fee but he keeps producing it and he ran very well over a mile and a quarter six days ago.

“It was a bit of a gamble to come back here so soon but I don’t think he’ll ever win races by far and I think there could well be more to come from him. The prize money is absolutely tremendous and I said to the owners that I don’t normally run horses six days later but for a £31,000 race it’s worth rolling the dice. If all 0-85 handicaps were like that we’d be a step in the right direction!”

Commonsensical is owned by a number of footballers with links to Burnley. The syndicate was set up by Jack Cork and his wife Freya and includes the likes of Matt Lowton, Nick Pope and James Tarkowski, as well as Sam Vokes and Chris Wood who now play elsewhere. Palmer feels that having famous faces getting involved with ownership can only help raise the profile of the sport. He explained: “It’s great to have the guys from Burnley involved, they’ve got three horses with us though one has just been retired because he doesn’t want to be a racehorse. Luckily this one does so hopefully we can have some more good days with him.”