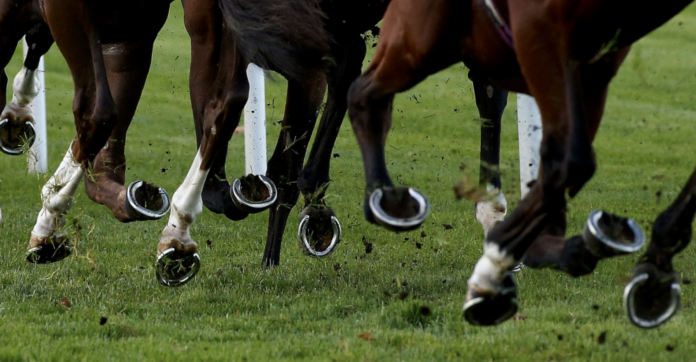 French raider Vadeni heads the market at 9-4 with the sponsor for the Coral-Eclipse, highlight of the Coral Summer Festival at Sandown Park on Saturday 2nd July.

The first Group One clash of the generations of the season, the 10-furlong contest commemorates the great Eclipse (1764-1789). Undefeated in all of his 18 starts, Eclipse went on to become one of the great patriarchs of the modern Thoroughbred racehorse, so much so that around 95 per cent of today’s racehorses have direct lineage back to Eclipse – including all 11 horses engaged in this year’s Coral-Eclipse.

Vadeni, a three year old son of Churchill, was supplemented for the Coral-Eclipse today at a cost of £50,000 following his impressive five-length victory in the Group One Qatar Prix du Jockey Club over the same 10-furlong distance at Chantilly on June 5th.

The Coral-Eclipse is one of the very few major races to have eluded his owner-breeder H H Aga Khan IV, although his grandfather, H H Aga Khan III, was successful three times with Rustom Pasha (1930), Migoli (1947) and Tulyar (1952). The current Aga Khan went closest to Coral-Eclipse success with Kalanisi, the head runner-up to Giant’s Causeway in 2000.

Trained by Jean Claude Rouget, Vadeni will be aiming to become the eighth French-trained Coral-Eclipse winner and the first since Javelot back in 1960.

Also going forward today is Godolphin’s Irish 2000 Guineas winner Native Trail from the Charlie Appleby yard, successful twice in recent years with Hawkbill (2016) and Ghaiyyath (2020). Godolphin is the joint most-successful in Coral-Eclipse history with six victories and could also be represented in 2022 by the consistent Real World (Saeed bin Suroor), runner-up over a mile on his latest two outings behind Baaeed.

Aidan O’Brien and Sir Michael Stoute share the honour of being the most-successful trainer ever in the Coral-Eclipse with six victories apiece. O’Brien has Aikhal, High Definition and Stone Age going forward, while Stoute has left in Bay Bridge, impressive when successful over the course and distance in the Group Three Coral Brigadier Gerard Stakes last month before finishing runner-up in the Group One Prince of Wales’s Stakes at Royal Ascot.

The Coral-Eclipse is the longest-running Group race sponsorship anywhere in the world and 2022 will be the 47th year of Coral’s support, stretching back to 1976. The sponsors are a mission to get their customers closer to the action and new for this year they have created a pioneering virtual race experience in partnership with JockeyCam that will enable racegoers at Sandown Park to experience exactly what it’s like to ride as a jockey in the Coral-Eclipse.

Simon Clare, Coral PR Director, said:  “This year’s Coral-Eclipse is shaping up to be a race for the ages with a stellar field entered at the five-day stage.

“Some of the best older horses in the world will be facing off against several top class three year olds including Classic winners Vadeni and Native Trail, ensuring the Coral-Eclipse lives up to its status as the first Group One clash of the generations.

“We are celebrating our 47th year of sponsoring the Coral-Eclipse making it the longest running Group race sponsorship in the world, and this year’s race looks like being one of the all-time great Eclipses.”

Today’s Ratings and Scribblings for Catterick, Leicester and Sandown – 21/07/21