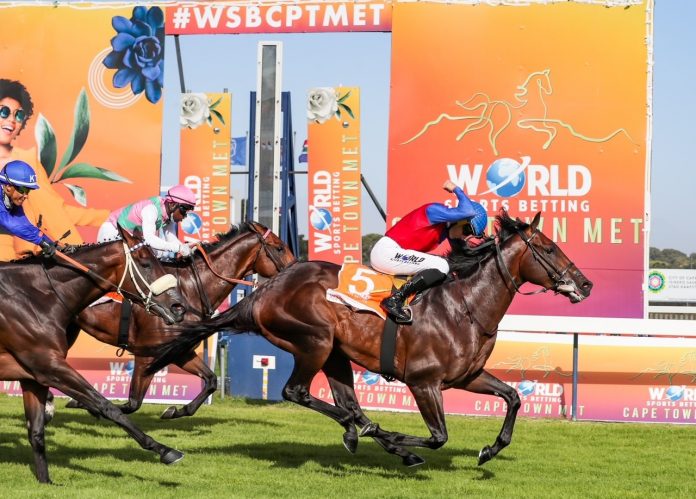 In the year 2022 we live in a big wide world of horse racing with The Breeder’s Cup, Melbourne Cup, Kentucky Derby, and so on regularly shown on the television for our enjoyment, as well as Hong Kong and elsewhere, but this week I am in South Africa ahead of the 126th running of the Durban July, the richest race in Africa and an experience not to be missed if you ever get the chance.

Part of a stamina sapping 12 race card, it’s a bit like Royal Ascot but supercharged – people dress up in the most amazing outfits I have ever seen with the racing backed up by fashion shows and live music – we are talking about a party rainbow-nation style and trust me, it has to be seen to be believed – but more of that (with pictures) when I write my race day review.

On to race day and on the marathon card at Greyville we have races ranging from 1000mtrs in the opener (on the polytrack) to 3000mtrs in the DSTV Gold Vase at 1.20pm but I am not going to claim an encyclopaedic knowledge of South African form, and will focus my attentions on The Golden Slipper at 1.55pm, the Durban July itself at 3.10pm, and the Garden Province Stakes at 3.45pm.

Ahead of race day we headed down to Summerveld, the local training area where a sea of horses mill around for their individual trainers before heading off to the gallops to put in their work, often in front of their adoring and hopeful owners. It looks like organised chaos, but somehow everyone seems to know where they should be and when, and as the sun rose, I  could not think of anywhere I would rather be. Unlike the UK (it sounds like a moan, but its not), trainers owners and  jockeys are all happy to give you their time, and I spent most of the morning listening and taking notes by the page in the hope I can unearth a winner or two for the big day.

Justin Snaith may not be a name familiar to many of you, but he is one of if not the leading trainer in South Africa, and with five of the 20 strong Durban July field, we headed to his satellite yard to see what he had to say. Unsurprisingly, the trainer of the winner of this tricky handicap in 2014, 2018, 2019, and 2020 has a string hand, and to be fair, he refused to put the quintet in any order, though I suspect that owner loyalty may have something to do with that. If I had to pick two of his then I felt he would love Do It Again to live up to his name and make history with a third win, yet his body language suggested that maybe, just maybe, Jet Dark (see photo)  could be his leading challenger.

With 25% of the entire field it must be odds-on that he walks away with first prize yet again, but as he explained, this can be a rough race, it is a handicap, the winner will need luck in running, and split decisions need to be made – so let’s see if we can predict the winner of the 126th running of the Hollywood Bets Durban July 2022 shall we along with two of the supporting races on the card!

I have zero intentions of boring you to tears with long write ups of horses you are unlikely to have ever heard of so suffice to say, I am told quite clearly that Sweet Pepper is the one to beat. Trained by Sean Tarry, the daughter of Trippi has done nothing wrong so far, and the form of her last two wins have both been boosted on numerous occasions. We all know by now that racing is an inexact science and that nothing comes with a guarantee, but the locals have been telling me she is the banker of the day, and who am I to argue?

I wont pretend that I agree with the concept of a Grade or Group One being a handicap, this is the richest race in Africa with a history of well over a century and it thoroughly deserves pride of place. For the first time in living memory the last four winners line up in competition (Do It Again (twice), Belgarion, and Kommetdieding (which means something like “bring it on”), while Do It Again would be the first ever three-time winner, so basically we are talking about a great renewal. Jet Dark is one I like the look of, Al Muthana needs to find more but may well do so, but decisions need to be made, and I have finally come down on the side of Linebacker (each way). He is one of the few in this field to have had a perfect and uninterrupted preparation for this contest, looked back to his best last time it in blinkers over shorter, and is better suited by this trip. He looked in fine fettle Friday morning when we saw him work (I say saw, it was half dark to be honest), and trainer Vaughan Marshall is known to be pretty sweet on his chances here.

Race Eight – Brentford FC Garden Province Stakes I admit that before I saw the racecard, I had no idea Hollywood Bets sponsored Brentford FC, or that they had a race named after them here – small world. She’s A Keeper is an interesting one and she will be heading over to the UK to go in to training with Harry Eustace in the long-term. She looked in good shape when we watched her work at Summerveld Thursday morning, but she does look up against it if she wants to get the better of Captain’s Ransom here. Trained by (you guessed it) Justin Snaith, the four-year-old filly has won her last five starts with only one defeat in her last 10 (which her trainer blames himself for), and if she gets a clear run then I fully expect a winner – albeit at a pretty short price.