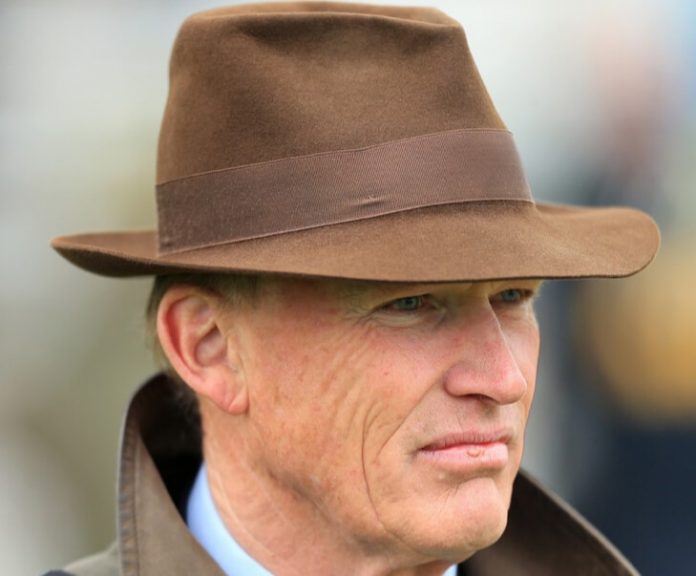 Free Wind (11-4 Joint Favourite) produced a remarkable performance to defy plenty of trouble in-running to seal a record-extending ninth victory in the bet365 Lancashire Oaks for John and Thady Gosden and a third for jockey Rab Havlin.

The George Strawbridge-owned daughter of Galileo was conceding race fitness to her six rivals on her first start of the 2022 campaign and was left with plenty to do at the two-furlong pole, when Havlin tried to mount a run up the far side rail only for Jim Crowley to shut the door on fellow joint favourite Eshaada.

This allowed Cieren Fallon to steal several lengths in-front on the ultra-game Sea La Rosa, but Havlin’s filly was full of professionalism herself and after re-gathering her stride she produced a strong turn of foot to gain control of matters inside the final half-furlong for a two and a quarter length success.

And the winning jockey feels that his charge is likely to step up into Group One company next, perhaps in the Yorkshire Oaks at York’s Ebor Meeting.

Havlin said: “She’s done well to pick up again after that. Sometimes horses will lean off the rail and I thought I gave Jim half a furlong to see if he was going to go back on, the gap was there and my filly was going well. We just got tight but credit to the filly. She organised herself and picked up, we always thought she was a proper filly last year and she did it today.

“Normally if it opens straight away you would just wait as they can roll on and off the rail but I felt he was off the rail for long enough and his filly looked as if she was leaning into the Haggas filly (Sea La Rose) so I thought I was going to take the opportunity as I was going well and when I got half way there it got tight. It’s all credit to the filly.

“She organised herself well. She’s a filly that doesn’t show a great deal at home and never has but on the track she’s been really progressive and she looks like a Group One filly.

“I’d say we’d probably aim her a bit higher than the Lillie Langtry Stakes – that was an obvious race to consider at Goodwood but I’d imagine connections will want to go for a Group One.”

This afternoon’s seven race card is an excellent one and we could have a seen a stayer to follow in the form of the William Haggas-trained Nathanael Greene (6-1), who impressed when winning the second race on the card – the £100,000 bet365 Handicap over a mile and three quarters.

The son of Nathaniel was unlucky to bump into a better-handicapped rival at Goodwood last month but took a notable step forward here under Cieren Fallon and stayed on well for a half-length success, in a race which has been contested by top stayers Sir Ron Priestley (won in 2019) and Subjectivist (second in 2020) in recent years.

Fallon, who grew up just six miles from Haydock Park in Wigan, revealed his delight at securing a winner on a big Saturday at his local track. He said: “He didn’t have the best trip round and got a bit knocked about but he’s still growing up and this is the first time he’s run on this sort of ground.

“He loved it though and I was loving the action on him, he got a bit unlucky the last day when he bumped into a progressive horse with a 5lbs claim off his back but he’s done that well here.

“It means a lot to have a winner here on a big Saturday here and I’ve got a good strike rate at the moment so things are going well.”

Maureen Haggas, who is wife and assistant trainer to husband William, added: “He did well and he’s learning. He enjoyed the ground and the trip and I think cheekpieces just finished the job off.

“It’s a nice race to win and William will find something for him but he’s getting better with the step up in trip so let’s hope he keeps going forward and he might be one we can keep next year. It’s nice to have a winner for Isa (Salman Al Khalifa, owner) as he puts a lot into the game.”

Average Derby winner and, who was the dope who suggested fireworks?