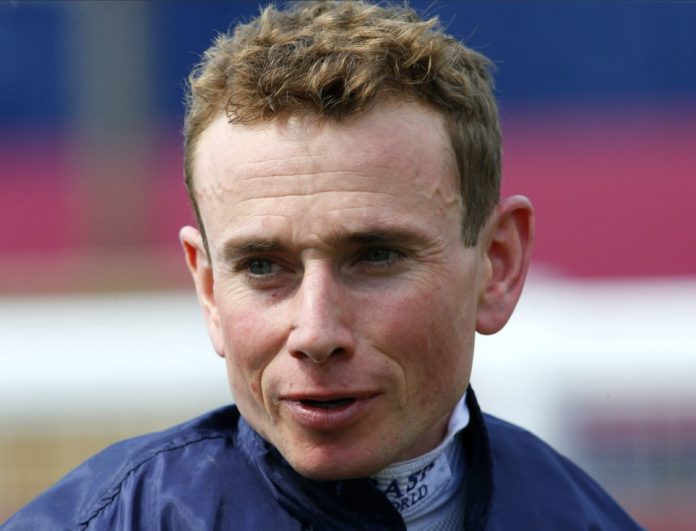 Grande Dame (4-1) came home the decisive winner of the Listed Coral Distaff over a mile at Sandown Park this afternoon.

Racing in the colours of Doreen Tabor and partnered by three-time champion jockey Ryan Moore, the three year old Lope de Vega filly put a poor run last time out in the Coronation Stakes firmly behind her today. Taking the lead a quarter of a mile from home, Grande Dame kept finding more and at the finish had three and a quarter lengths to spare over runner-up with 8-11 Favourite Heredia another length away in third.

John Gosden, who trains the winner alongside his son Thady, said: “This was the last three year old fillies’ Listed race over a mile and then she is obviously taking on her elders so we were keen to come here.

“She got a lovely ride and did it with some authority. We will look at the programme book but I was keen to come here. I don’t like to run so quickly after Royal Ascot but the race didn’t particularly go right there but she has put that well behind her. I think she is up to Group class with three year old fillies. Whether she is up to Group class with older fillies will be another matter, we’ll see.

“She is an improver. She is a big framed filly that was backward last year but has come to herself now. Ryan was pretty keen to stay at a mile which is the most important thing when a jockey gets off and tells you how they feel. There is a race in Deauville maybe for her but our three year old programme disappears and it is the French that hold it longer.”

Joint-trainer Harry Charlton might have left Royal Ascot wondering what could have been for Sinjaari but a switch of tactics ensured he gained compensation with his first victory in almost two years in the Coral Challenge.

Having finished fifth in the Royal Hunt Cup at Royal Ascot last month the gelded son of Camelot ensured he walked away with top honours in the mile event after registering his first success since landing the 2020 John Smith’s Cup at York.

Switched from being held up to ridden more prominently appeared to suit the 7-2 chance who once striking the front inside the final quarter of a mile galloped on resolutely all the way to the line to defeat favourite Checkandchallenge by three quarters of a length.

Charlton, who trains Sinjaari in partnership with his dad Roger, said: “We always treated him like he needed to be delivered late and he got there and often pulled up and we were sort of riding him in the Hunt Cup which was an error as he left being on his own on the near side.

“Kieran (Shoemark) said we don’t need to wait anymore as he flew once we let him go and I wish he had gone earlier. I said today ride him normally and let him go when he is ready to go and he did. He picked up and he said he said he still idled in front but he is now going through with his efforts which makes him a potent force. He was 105 today so imagine we will go to a Listed race next.

“I think (we will keep him at a mile). He is a much rounder model and he is a sounder horse than he was and he has put on some proper condition. I know he is a Camelot but he is from the Lochsong family so he is from a proper speed family.

“We kind of thought he should have won at Ascot so we left a little frustrated.  It was slightly our fault as I said to Kieran wait and wait and we did by which time the other side had gone and he said if I had gone when they had gone I think I would have won as he flew with no horses to run with.”

Today’s Ratings and Scribblings for Goodwood, Newmarket, Doncaster and Hamilton – 31/07/21

21 races, three meetings and a great day of racing!