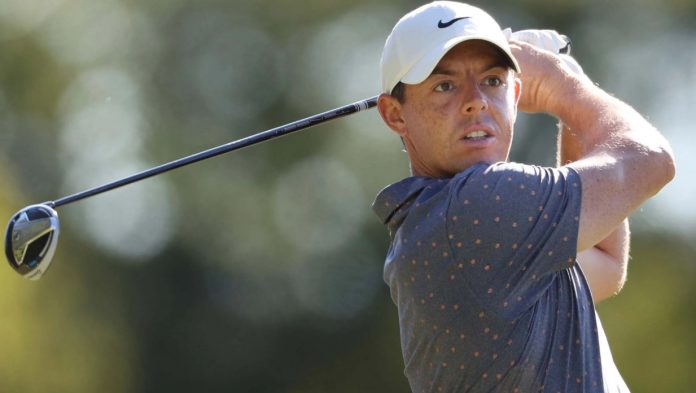 I have been pretty scathing of the top golfers who take a huge bunch of sponsorship deals, given to them for 10 years of their lives and before the ink is dry on the contract, they know they do not have to bust a gut ever again.

Rory McElroy is the player I have criticised most. In 2013 he signed a deal that gave him $250,000,000 over ten years. Is it any surprise he has failed to win a major in the last eight years?

Imagine having all that talent and not winning majors? All he has had to do for every major since signing that contract is simply have his bag carried on all four days so the world knows who sponsors him.

In 2017 they gave him another £80m 10 year deal because he couldn’t use their clubs, so he now just wears their clothing….which is no bad thing because Taylor made gave him a $100,000,000 contract that same year, to use their clubs.

So why am I picking him to win this years Open?

He is playing well….very well. His last six starts have seen him finishing 5th, 8th, 18th, 1st, 5th and 19th. He has taken the last two weeks off to prepare for this week, and if he cannot get his backside in gear to this, then I’ll be a tenner poorer. That form has seen him rise to top two in the world right now.

At the age of 33 he might well have looked in the mirror and give himself a right telling off, “what a waste, you pillock”, I can hear him screaming at the glass!

Nicklaus said way back when he had all the talent in the world and could become one of the greatest. He should certainly have won more than the four majors he has won but if he can win another three….more than possible….he’ll equal Arnold Palmer’s record and that would be something to shout about.

I’m not even going to bother with a second, third, fourth or fifth selection. It’s Rory or nowt!