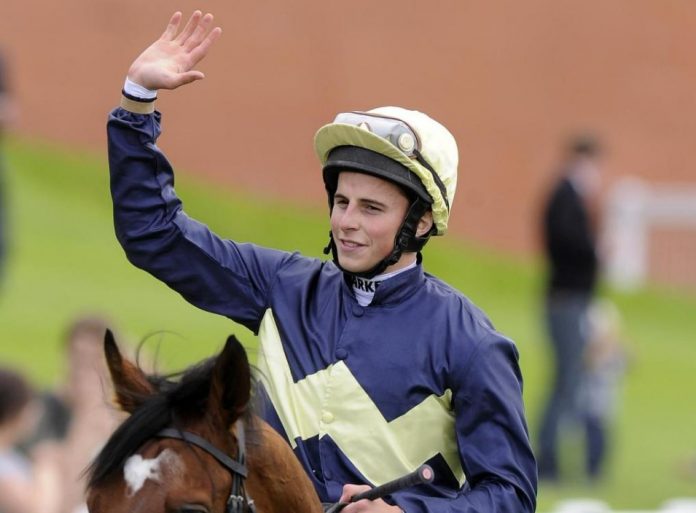 Jockey William Buick, who currently leads the UK Flat Jockeys’ Championship, extended his lead to 30 over his closest pursuer Hollie Doyle when riding the first five-timer of his career at Newmarket today.

Out of luck in the first two races on the card, the 33 year old went on to win all of the five remaining contests courtesy of Koy Koy (11-10 Favourite), in the Time Test Handicap, Eternal Pearl (5-4 Favourite) in the Ric and Mary Hambro Aphrodite Fillies’ Stakes, Charging Thunder (6-4 Favourite) in the Brampton Manor Handicap, Sense Of Power (11-8) in the racingtv.com/Freetrial Maiden Stakes and

Reflecting on his success at the end of the day, Buick said: “It’s probably not for me to say, but I feel this is the best I have ever been physically when riding.

“Everyone is different but I feel very happy with where I am at the moment. That doesn’t mean you should stop doing anything. Every day is hard work and there is always something to work on.”

A transatlantic outing for the Grade Three Jockey Club Oaks at Belmont Park in September could now beckon for Godolphin’s Eternal Pearl following her victory in the feature Listed Ric And Mary Hambro Aphrodite Fillies’ Stakes. The 1m 4f contest is run in honour of the late Newmarket Chairman Ric Hambro and his wife Mary, who was a successful trainer.

The three year old Frankel filly moved up to challenge long-time leader Rose Of Kildare entering the final furlong and had to pull out all the stops to reel in that rival, getting up to win by three quarters of a length.

Eternal Pearl’s success today was her second following a facile victory in a Kempton Park fillies’ novice stakes at the end of last month. Although beaten on her first three starts she had shown good previous form, most notably when runner-up in the Listed Height Of Fashion Stakes at Goodwood in May.

Winning trainer Charlie Appleby said: “She is a filly that we have liked from the spring and is big, scopey filly – she was never going to be a two year old. She wintered in Dubai and since we brought her back she has pleased us from the start of the season.

“We started her off at Ascot and then stepped her up to Listed class at Goodwood where she ran a very creditable race. Admittedly she then went and got beat at Newbury at a short-price but she was still very green and hung that day just through rawness, as simple as that. We then gave her a nice break and went to Kempton as she had hung right at Goodwood and Newbury but William said she never showed any sign of hanging that day and she won impressively.

“We were pleased with her coming into today and she is a filly that is still very much a work in progress. The plan had been to ride her a bit more forward today but she was a bit tardy from the gates and William was happy enough with the position he got into. It’s hard to make up ground here when the leader has the running rail but, just like she shows us at home, she has shown today that she has a change of gear.

“There are no immediate big-race targets and she could be a bit tricky to place. It had sort of been the plan coming into today that if she ran a big race, which we hopeful of, I might possibly take her to America for the Jockey Club Oaks at Belmont Park – but we need to have an invitation first.”