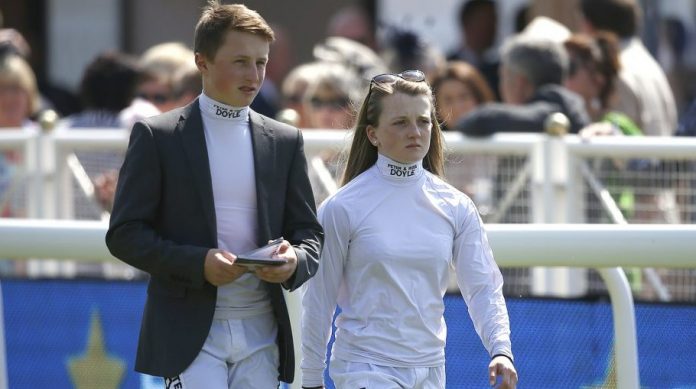 No podcast for me this week as I have a meeting I cannot escape from, but that doesn’t mean I can’t put my thoughts in to words, so let’s all start with the new whip rules, a bone of contention up and down the Country. Personally, my view has never changed – if the winner breaks the rules then they should be disqualified – simple as that. If the jockey weighs in light, disqualified, interference – disqualified, drugged – disqualified – yet break the whip rules and the jockey gets punished, and the horse keeps the race, where was the sense in that? Add in the watchful eye of an ever-growing animal lib movement and things needed to change – and thankfully they have. Back hand swipes only (try it on yourself, it really doesn’t hurt whatever people say), and the (remote) option to disqualify the winner – not enough in my view, but at least it’s a move in the right direction though I will tell you now, it will not last the test of time and more will need to be done withing the next 10 years.

On to something more cheerful, and can Hollie Doyle win the jockey Championship this year or in the near future, making history in the process. The honest answer is no, with the Godolphin battalions behind him William Buick looks a shoe-in barring injury, but the fact that the question is worth asking shows just how far she has come in recent years. If she can somehow get in to the mix, it would be interesting to see which trainers come to her aid with some decent rides to increase her chances, but at this moment in time the fact that she could finish second is an incredible achievement. and a sign of how far forward out sport has come in recent years.

On to the racing…

A Listed race that I have given some thought to and to be honest, I only wish there were more runners as I really like the chances of Pearl Beach at a decent price, but she will have to hit a top two spot to land my bets. Her problem is the mile and a quarter trip, with all her successes so far coming over significantly further, but there is a lot of stamina in this line-up, and I suspect some will try to turn this in to more of a test to blunt the finishing speed of the favourites. Poptronic may go off favourite but she was less than three lengths ahead of my tentative suggestion when winning last time out, and is 8lb worse off today – so now you can see why I am thinking “value call”. She will be running on over this trip but if she can get away smartly she will be finishing better than most and is worth a small bet today if nothing else.

Odds-on an O’Brien wins this contest with four of the eight runners trained by one of the family, but its Aidan’s Perotan that catches my eye as the each way call at the forecast (but not guaranteed) 6/1 or bigger. A one raced daughter of Churchill, she won her maiden at Bellewstown over a mile and a half, running on strongly and going away from her field for a comfortable success. Stepped up two furlongs here and with that experience under her belt she can only improve, and as a three-year-old filly she gets weight from all of her rivals. She would become the first of her age group to win this which is a negative, but the better ground is very much in her favour on breeding at least, and a big run is eagerly anticipated.

Two year olds are notoriously difficult to gauge with some at their peak first time out, and others slow burners with different targets in mind so we need to tread carefully.  In this Group Three event over six furlongs for fillies we have four unbeaten horses, as well as Duchess Of Cambridge Stakes runner-up Lezoo, who looks the one they all have to get past. Although beaten half a length by Mawj, perhaps the best juvenile filly seen this season, she was two lengths clear of the third and that comfortably looks the best form on offer. This looks little more than compensation for the Beckett and Dettori team, though do keep an eye on the once-raced Glenlaurel, who looked a decent sort when scoring on her debut and could be anything.

A tough race to call at first glance with a big field of talented fillies, none more so than the lightly raced Zanbaq, who is in the care of the very much in form Roger Varian. A daughter of Oasis Dream out of a Shamardal mare, the quick going expected here should suit her ideally, and as she still showed signs of inexperience when runner-up to Heredia in the Sandringham Stakes at Royal Ascot, I suspect there may be more to come. She is stepping up in class from a handicap to Group company soi bets need to be tempered accordingly, but the others here seem more exposed, and she may still be able to come put on top under the excellent Jim Crowley.

It never ceases to amuse me when I look at a small field (in this case just the five runners), and really don’t have a clue where to start – you would think it would be that much easier with less horses to deal with! On official ratings, Dubai Honour is the one to beat, and I have to hope that trainer William Haggas has simply been patient with the four-year-old – and that there haven’t been any unknown issues. Last season saw him win at Deauville and Longchamp before a second in the Champion Stakes here and a close-up fourth in the Hong Kong Cup, but all we have seen this year is a tenth in the Group One Dubai Sheema Classic at Meydan – and nothing since March. That was his first try at a mile and a half, and he is far better suited by this trip, but we do have to take his wellbeing on trust, and a Saturday morning market watch may give us a better idea of his chances.

Just six runners for the King George but what a classy field with pretty much all of them open to having a say if the race falls their way. With no “sexism” intended I simply cannot have Oaks runner-up Emily Upjohn (famous last words). Yes she was an unlucky loser at Epsom after missing the start and yes she probably should have won – but the winner (Tuesday) was hammered over 10 lengths by Westover in the Irish Derby, so is anyone really suggesting the Gosden filly can make up that distance here? I could be wrong but I just cannot see it, and although favourites have only won four of the last ten renewals, I am on the jolly here. Jockey Colin Keane is no mug, nor is he known for making wild statements, yet he insists the Beckett colt is the best he has ever sat on, and that is high praise indeed. Deemed unlucky when third in the Epsom Derby, as mentioned he made amends in authoritative fashion at The Curragh, and after just the  six starts there is every chance there is even more to come. Arc winner Torquator Tasso cannot be ignored but is yet to prove he can handle this going (his best form has plenty of cut in the ground), while Mishriff is class at his best, but he has to give 11pb to the selection, and that may prove a very tough ask.

The same old story here-  £25,000 prize money, good to firm ground (watered), and one of the best tracks in the Country -so why do we only have a disappointing five runners? Waiting All Night drops in class after finishing a five length fifth in the Group Two July Stakes at Newmarket and is one to at least consider, but Mysterious Night was third that day, giving Charlie Appleby a good line to the chances of Naval Power. Unbeaten after two starts in lesser company, the son of Teofilo still looked green when scoring at Leicester last month, suggesting he may have even more to offer.

Win singles and a win double

Sky Blues or the Bluebirds?