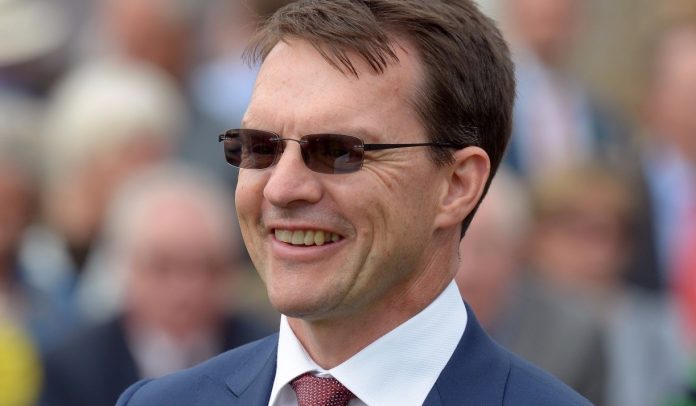 O’Brien saddled his first winner at the meeting in 2000 and has since notched a further 21 victories, most recently with Mogul in the 2020 G3 John Pearce Racing Gordon Stakes.

Kyprios is aiming to confirm the Gold Cup form with Stradivarius in the G1 Al Shaqab Goodwood Cup on Tuesday, July 26, a race in which his older rival has yet to taste defeat in four previous appearances.

O’Brien, who twice won the two-mile feature with the great Yeats, said: “We are happy with Kyprios and the Al Shaqab Goodwood Cup has always been the plan since Ascot.

“We were delighted with him in the Gold Cup – we weren’t sure about the trip going there but he looked like he got it well. Before he went to Ascot, he ran over a mile and six and looked very comfortable over that trip. I think he is a very versatile horse.

“He is still learning and is a relaxed horse who takes everything in his stride, so we think there is more improvement to come. He is straightforward to ride and uncomplicated. I think he is well-balanced and doesn’t over-race. Goodwood is an unusual track, but he seems to be okay going left or right-handed.

“Stradivarius has been an unbelievable horse, and I think everyone has enjoyed watching him.”

Order Of Australia, who landed the 2020 G1 Breeders’ Cup Mile, is set to take on Baaeed for a third time in the G1 Qatar Sussex Stakes on Wednesday, July 27.

The five-year-old finished second to the Shadwell superstar in the Prix du Moulin at Longchamp in September and made the frame again when third on his comeback in the G1 Queen Anne Stakes at Royal Ascot.

Order Of Australia has since posted a dominant front-running victory in the G2 Minstrel Stakes at the Curragh on July 17, a race he won last year before finishing fifth in the Qatar Sussex Stakes.

O’Brien said: “The plan is for Order Of Australia to run in the Sussex Stakes, provided everything goes well between now and then. He has come out of the Curragh well. We think he is in a good place this year and we have been very happy with his two runs. He is much better on quick, fast ground. He has won on soft ground but good ground or better is his preferred surface.”

Of his other entries, O’Brien said: “The plan at the moment is for Concert Hallto run in the Qatar Nassau Stakes. She is just back from America and seems very well, so we are thinking of letting her take her chance.

“New York City has a couple of entries and, if he is to go anywhere, it would probably be the World Pool Lennox Stakes. He had a break and then came back at the Curragh over five furlongs. He got a bit tired but we think he has progressed from it. We always thought seven might be within his range. We will speak to Ryan [Moore] closer to the time and see what the race looks like.

“Emily Dickinson is a possible for the Qatar Lillie Langtry Stakes. She only ran last weekend and we are just going to see how she is, but she is in good form and the trip will suit. She came home very well last time out and looks like a filly who will have no problem getting further. “We have not decided about the Vintage Stakes yet. Hans Andersen only won last weekend whereas Greenland is still a maiden and the other horse [Age Of Kings] ran at Leopardstown last night. We will decide nearer the time. The Vintage Stakes is a prestigious race and we like to have something good for it. If a horse does go to stud, it looks very good on their CV.”