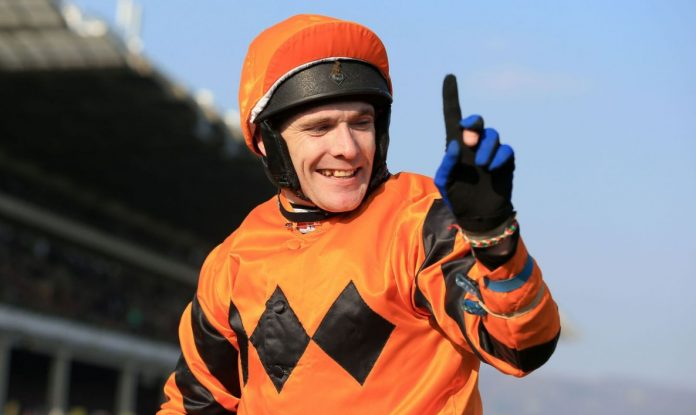 William Hill ambassador and leading jockey Sam Twiston-Davies looks ahead to his ride in the Jump Jockeys’ Nunthorpe.

I’ve ridden in the Jump Jockeys’ Nunthorpe ever since it got going back in 2017 and it’s been great fun. It’s obviously a little bit different to what we’re used to and all the jumps guys enjoy taking part in it. I’ve only every ridden one winner on the Flat, which came at Goodwood as an amateur, so I could do with getting another one on the board! I’m really pleased to be riding for Paul [Midgely], he’s a lovely man and a master with the sprinters.

Tom Scu [Scudamore] is the person to look out for in this race. He’s won two of the four renewals and looks to have a good chance again on one of Mick Appleby’s, who also does very well with sprinters.

As for my ride, Leodis Dream, I’ll have to watch a good lot of replays and then have a chat with Tom Midgley, Paul’s son, and a few other jockeys who have ridden him to get a bit more of an idea about him. The formbook suggests he’ll be bang there if he can run somewhere near to his best. He’s down to a career-low mark, and his most recent run, when third at Doncaster, looks pretty respectable given the runner-up that day has come out and won since.

York look after the racing staff and riders really well, so I’m looking forward to the whole day out up there.

As for the summer so far, it’s been difficult as Dr Richard Newland’s stable has had to deal with an outbreak of equine herpes. His horses are thankfully all well and back running now, but it was quite scary at the time and the yard have done fantastically well in dealing with it and getting everything back to normal again.

I’ve ridden one winner for him since they’ve been back, so hopefully things will really start rolling. At home, it’s been a very quiet summer, but almost all of the horses are back in now and they’re looking in incredibly good shape. Bristol De Mai is back in and he’s looking very well, while a lot of the younger horses, like Guard Your Dreams and impressive bumper winner Weveallbeencaught, are starting to do some nice bits of work again.

A lot has been said about the new whip rules. For me, it’s all about getting on with it, getting it into practice and then seeing how we feel. We’ll try and do as best we can with it as we need to make sure that racing as a product is sellable and attracting new people.

It will affect the way I ride a bit, as I’m very much a jockey who would have used the whip in the forehand. There’ll be some jockeys who adapt to the change better than others, but hopefully I’m one who can get used to it fairly quickly.

I’m lucky enough to go to Galway next week, I’ll be on Exelerator Express running in the Plate. Obviously, it’s a hard race, but summer has been incredibly quiet and I’ve been very lucky to ride for Neil Mulholland throughout the summer months while Dr [Richard] Newland’s have been off. But at the end of the day, it’s just that time of the year now where we just crack on and look forward to the winter horses. He’s a solid handicapper and obviously it will be a competitive race, but I will do my best, it’s a hard race to ride in but let’s hope things go smoothly and he can be there at the finish.