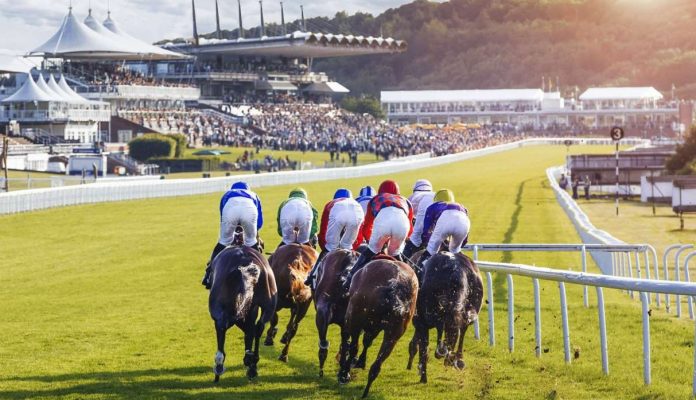 The daughter of Iffraaj travelled strongly in behind the pace before being produced to lead well over a furlong out, hitting the line strongly to score by a length and a half. Rousay (11/2) kept on well for second, with Value Theory (10/1) a further length and a quarter back in third.

Beckett said: “State Occasion has been crying out to be stepped up in trip and galloped out really strongly at Newbury the other day over a mile.

“Her owners will want me to look for some black type and we will get there eventually. There is a couple of fillies’ Listed on the Polytrack in the autumn, we might plan that route. I think 10 furlongs is her gig, and there is also a race in France.”

Ryan said: “Mr Beckett is a master at producing fillies. I got caught up in behind them at Ascot over a mile and she didn’t run long ago at Newbury, when she was a gallant second. She took a lot of pulling up that day and I was very keen to go up to a mile and a quarter, as was Ralph and she showed why today.

“I didn’t really want to be close up in behind horses. I landed in a beautiful pitch and I knew once I got cover that she would settle away fine. She has done it well. She showed the last day at Newbury that she would be better over 10 furlongs and she took a lot of pulling up.

“Ralph has produced her beautifully. The Eclipse Partnership have been very loyal to me because things did not go to plan at Royal Ascot and we were unlucky in running. Today is about them.”