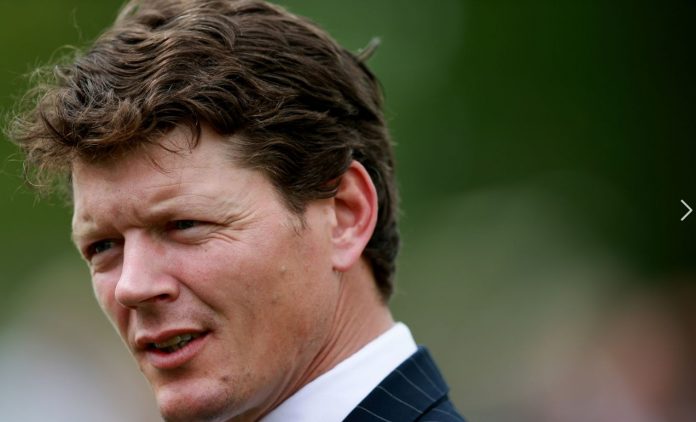 The Foxes (5/1) got his career back on track as he ran down 4/5 favourite Classic in the closing stages of the seven-furlong British European Breeders’ Fund EBF Maiden.

Having raced in midfield under David Probert, the Churchill colt finished best of all down the outside to score by a neck. Loyal Touch (4/1) was a further length and three-quarters away in third.

The Foxes, who is a three-parts brother to G2 winner Bangkok, was having his first start since finishing ninth in the Listed Chesham Stakes at Royal Ascot.

Winning trainer Andrew Balding said: “I was crestfallen after Ascot because he’d had a run for experience but that [the Chesham] was our aim. He ran no sort of race, but nor did a lot of the fancied horses for whatever reason.

“We gave him a bit of time, but we’ve always thought a lot of him and it’s good to win at Goodwood over seven furlongs because he should stay a lot further. In terms of ability, he’s very similar to Bangkok, but this horse is much more relaxed. Bangkok took a bit of racing to get the whole deal while this horse is more forward and switched on. Bangkok was a very good horse and hopefully this horse is as good.

“I think we’ll have a go at a Stakes race, just by the way he works at home and after his win in this race. I told his owners [King Power Racing] to pick a really good name for this horse because from early on we thought he was probably quite good – hopefully it will work out.”

Probert said: “The Foxes is a brother to Bangkok, who progressed with age and did extremely well towards the end of his career. This horse is pretty similar and has a likeable attitude on him.

“Things didn’t go his way in the Chesham when he got stuck on the wing and ran a bit too keen early on so didn’t finish the race off, but we got into a lovely rhythm today and had a nice tow into it. I was really pleased with his attitude, especially in the last furlong, and he galloped out nicely.

“I think [Ascot] was just a big stage for him, for his second start. He has grown up massively for it. Experience wise, he just got a little bit unorganised in his two previous starts, but today everything went very smoothly.

“I expect him to improve over a mile. I would imagine it [The Derby] would be possible for him and he’ll improve with age. I’m glad he’s got his head in front today.”

Hitting more woodwork than a lumberjack but we go again at the TPC Sawgrass!